Josh and I went to the zoo on the Saturday after Thanksgiving to see the Wild Lights with his parents. We got there about an hour early so we decided to check  out the zoo. 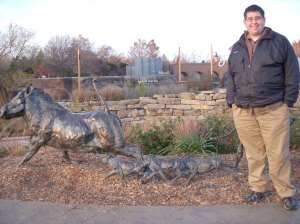 There were tons of cool sculptures of animals outside of the zoo. When we go back I want to try to take pictures of some of the best sculptures. Josh had to take a picture with this sculpture of some warthogs. Awww…it kind of reminds me of Arkansas. 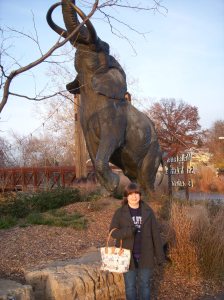 From what I got to see of it, the St. Louis zoo is very cool. They have an awesome seal and sea lion exhibit where you could walk under the tank and see them swimming all around you.

They also had an excellent penguin exhibit that reminds me of the ones at Sea World. 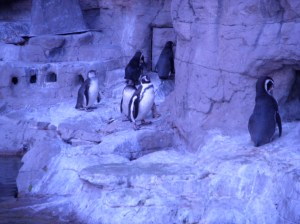 Outside of the penguin exhibit 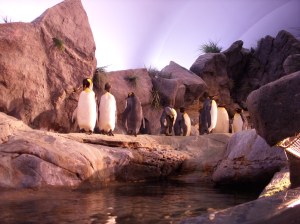 Inside the penguin exhibit

There was a very powerful fish smell in the penguin exhibit! And I got splashed in the face when one of the penguins was swimming around! 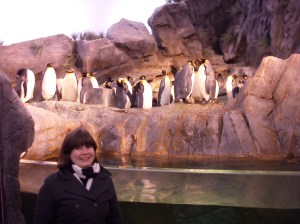 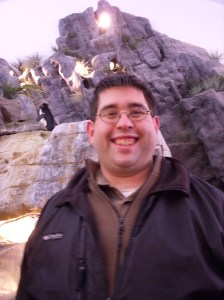 There were 4 or 5 different species of penguins in Penguin Coast. There was also a second room with puffins. 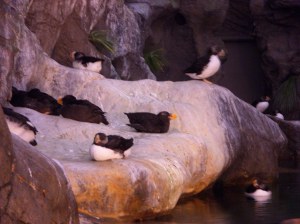 Most of the animals were being called in for the night for dinner and bedtime but we did get to see a couple of bears. 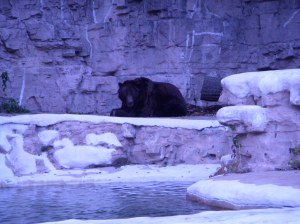 Sorry for the blue tint to these photos, I was messing around with the sunset and twilight settings on the camera. We saw a cute little bunny in the native animals section of the park. 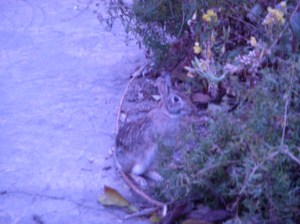 We tried to get in to see if the big cats were still prowling around but there was a wedding in that section of the park. The lights for Wild Lights were all set up and many of them were already on so we got a preview! 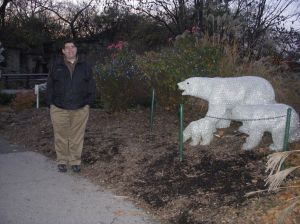 And of course, we had to try for the self portrait… 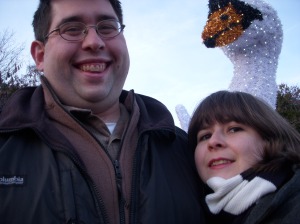 Josh didn’t think I could get the swan in the picture with us! We had an awesome time at the zoo and a lot of fun at Wild Lights. I can’t wait to go back when we have more time to explore the zoo!