I moved the week before Thanksgiving so Josh and I decided to eat out instead of trying to cook. I think this was a good idea, especially as I discovered that we had somehow forgotten to pack all of my baking equipment! (I’ll talk about this disaster more later. Long story short, one of my great friends from Little Rock actually picked up the stuff and mailed it to me! Boy, do I owe him an enormous box of cookies!)

Before I moved I did a little research into the best places to eat Thanksgiving dinner in St. Louis and I settled on the Bevo Mill. I don’t know that much about the Bevo Mill other than it is a historic building and that it is a popular place to have wedding receptions. The Bevo Mill has dinners on Friday and Saturday nights, Sunday Brunch and Brunches for holidays like Thanksgiving.

Once we settled on Bevo Mill, I got reservations for the 2 pm seating. When we were seated the owner came over to tell us about the food at the buffet. The spread was amazing! On one side, they had a bunch of breakfast food like biscuits and gravy, sausage, bacon, and hash browns. There was also an omelet bar. On the other side there were lunch/dinner offerings like fried chicken, keilbasa, lamb, fish and pork. In the middle they had a salad bar and a carving station. They were carving prime rib and turkey. The vegetable of the day was green bean casserole and instead of candied yams they had roasted potatoes.

The interior of Bevo Mill from the front (where we were seated) looking at the buffet in the back.

I didn’t take any pictures of the food because I am just not there yet…I don’t know if I ever will be. Anyway, Josh started out with breakfast and had some biscuits and gravy and an omelet. He loved the omelet and almost went back for another one. Later he went back to sample the lunch dishes. After our brunch at the Hershey Hotel, I decided to skip on the breakfast foods and focus on the carving station, salads and a few sides. The prime rib and turkey were both delicious and well cooked. I loved the potatoes! This year they wanted to cut down on sugar (candied yams are usually covered in marshmallows) so they prepared roasted potatoes with a mix of sweet potatoes, Yukon golds, and red potatoes with oil and salt.

Josh loved the food and wants to come back again sometime! 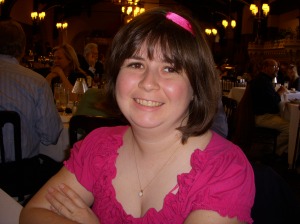 After we had stuffed ourselves with food we decided to look at the desserts. They had a little bit of everything: cake, pie, cheesecake, cookies and chocolate fondue. I had a slice of awesome chocolate cake while josh tried baklava and carrot cake. After we finished eating desserts, they brought out the pumpkin pie, so we had to share a slice! 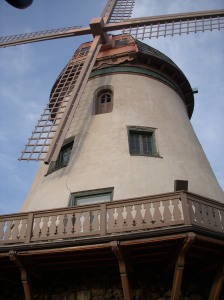 Bevo Mill was a great place to spend Thanksgiving. The food was good and there was something for everyone. I think we’ll definitely be back there again sometime.